Routing within AMS controls the processing of messages sent to the AMS message gateway from users’ devices. AMS routes allow incoming messages to trigger workflow actions and to be converted into a range of formats as they pass through the AMS gateway.

The most common use of routing is to convert a message into a format such as a Word, PDF or Excel document and send it to an email address.

Another example of a route is the creation of an XML message from incoming message data and sending the XML on to an external system. This can be used as an alternative to the Web Service API in certain situations.

Routes can only be enabled for Root templates and are created and managed in the Edit Template section of the AMS web application.

Each root template can have one or more routes defined, with routes being able to operate on messages in both directions, i.e. as they are received from devices or sent out to devices.

The following screenshot illustrates the list of Routes associated with a Template:

There are three types of routes: 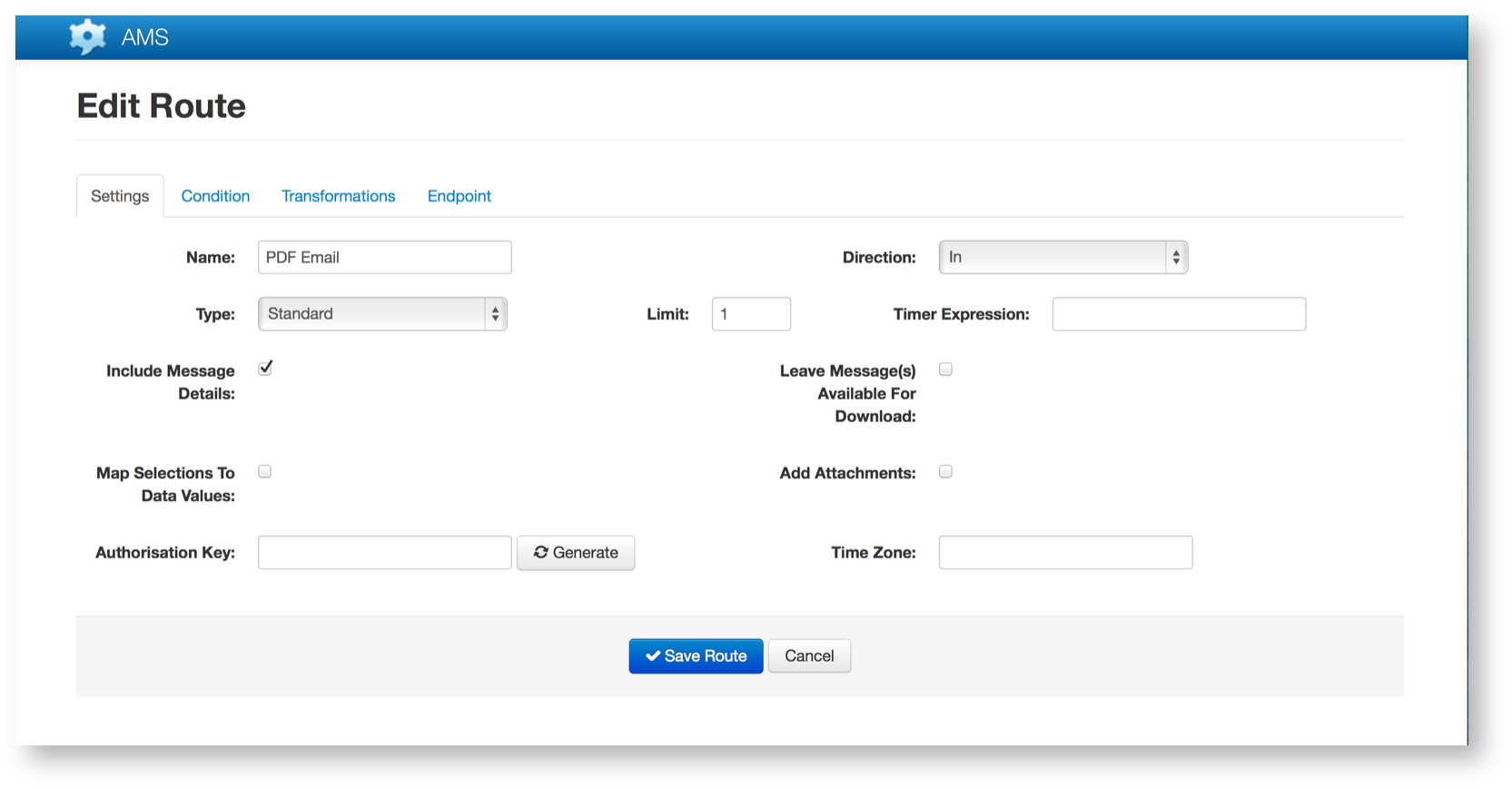 The conditional for a route is a set of rules that must be true for all messages being processed by the route. This allows you to define multiple routes for a template but only have some, or none, of them fire for their eligible messages. Some use cases involve emailing a report to a different location if a particular values has been set in the message, perhaps a priority setting.

The message(s) being processed by the route can have their data transformed into different values and/or formats. 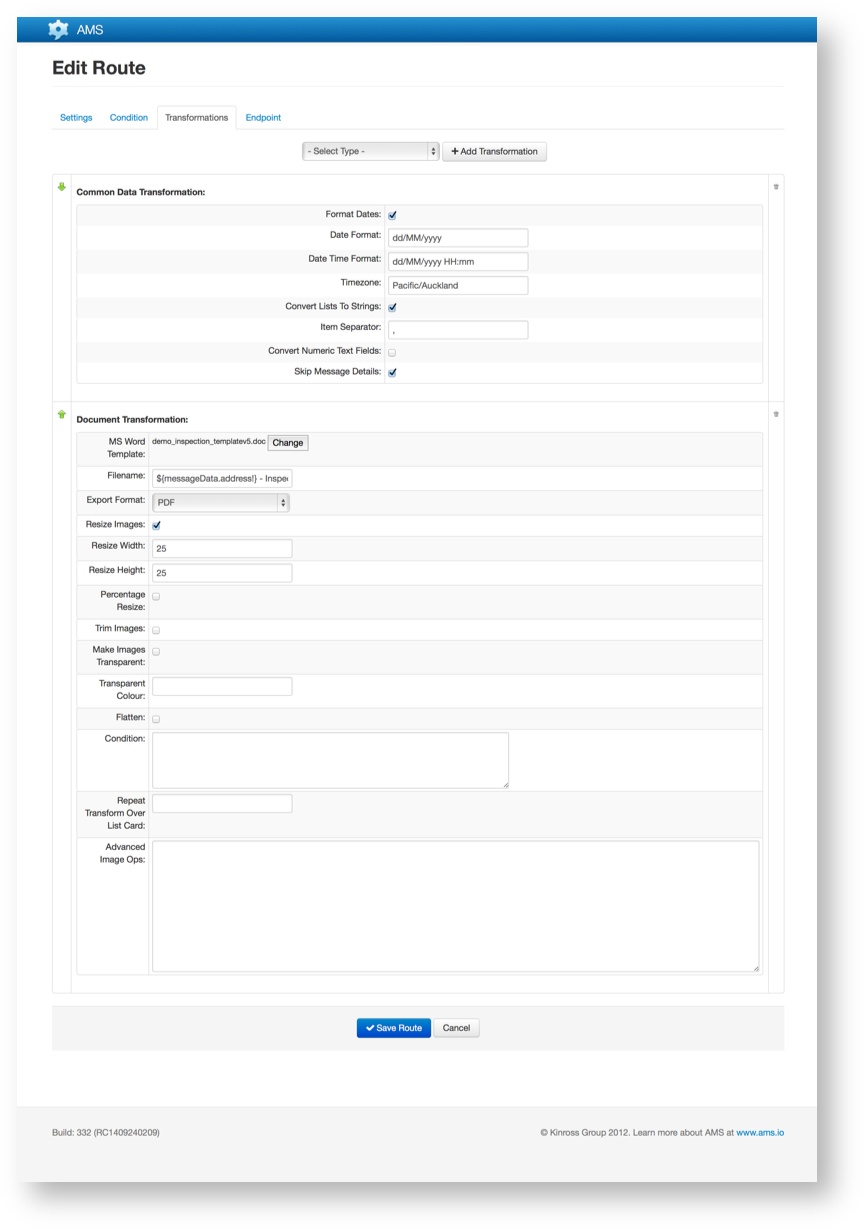 An Endpoint is a destination for the route data, for example email. There can be only be one endpoint for each route. 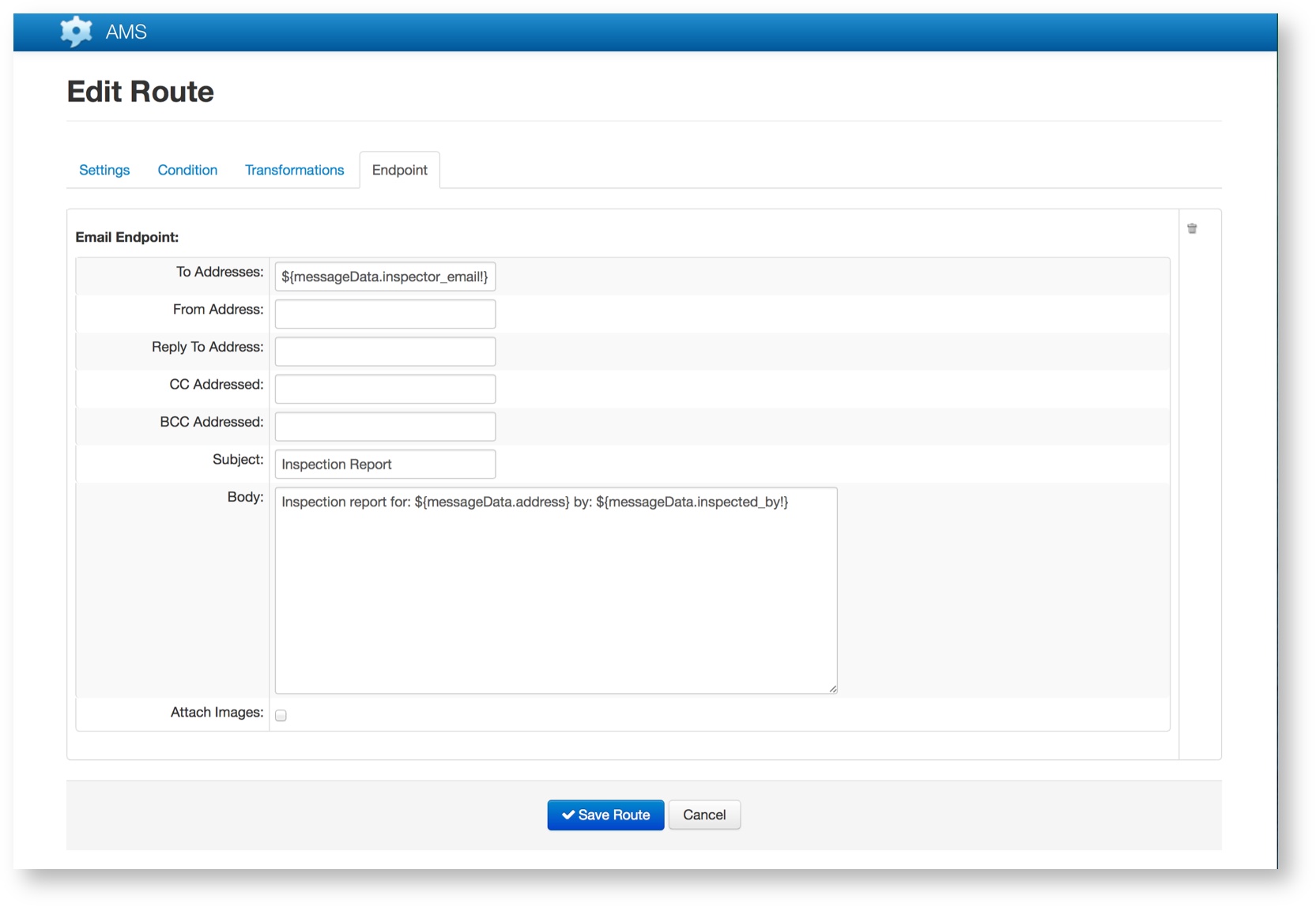 There are two parts to using Dropbox with AMS. Currently we support sending files generated via Routes into folders in Dropbox.

The first step is to authenticate AMS against Dropbox and to enable the ‘AMS Mobile’ Dropbox App.

In the Dropbox section down the page:

The second step is to setup or modify a Route in a Template.

If you have trouble seeing the Apps folder on your Computer check dropbox.com to see if it is listed there first. AMS Mobile should be inside that folder.